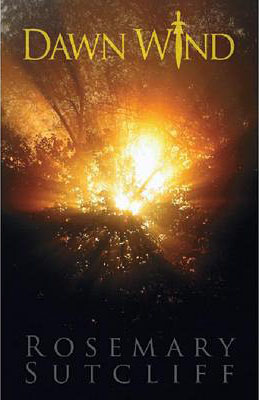 The Eagle of the Ninth series is continued in Dawn Wind, the fourth of Rosemary Sutcliff's tales to trace the British descendants of her famous character Marcus Aquila. Set in the sixth century, after the withdrawal of the Roman Empire from Britain, the inhabitants of Southern England live under Saxon rule. After the great battle of Aquae Sulis, Owain wakes to find himself injured and alone, his father and brother having been killed in the heat of battle. Upon searching for his family, Owain discovers that the only other living thing on the battlefield is a lean and hungry dog, which he adopts as his companion. This story explores the twelve years following the bloody battle and describes the life and adventures of a young man and his companions during this period of historic change.