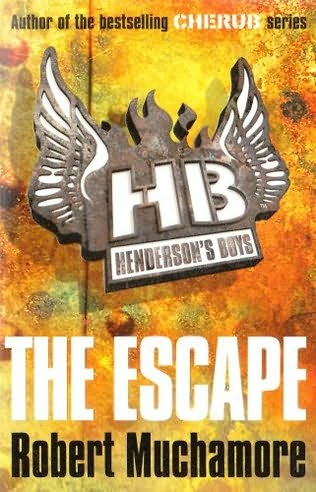 Find out how the CHERUB organisation came to be, with Robert Muchamore's thrilling prequel series "Henderson's Boys". This series of young adult espionage novels follows Charles Henderson, the creator of the modern-day CHERUB organisation, which employs young teenagers to infiltrate gangs and terrorist cells and foil their evil plots. Set in the 1940s, the world of "Henderson's Boys" is rougher and more dangerous than in CHERUB. Instead of drug dealers and terrorists, the enemy is a brutal Nazi regime that will torture and kill young agents without hesitation if they are captured.

This series features Charles Henderson, the hero and founder of CHERUB, and his first ragtag team of teenage spies. Fans of the two CHERUB series will be fascinated to learn about the origins of the organisation, as well as discovering what the acronym actually CHERUB stands for and how the organisation's logo was designed. And, of course, there are plenty of dangerous missions and thrilling adventures to be had!