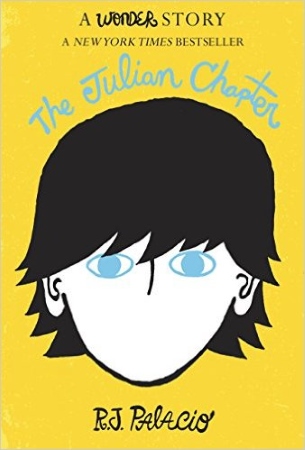 The Julian Chapter: A Wonder Story

I know it can't be easy for him to look in the mirror every day, or walk down the street. But that's not my problem. My problem is that everything's different since he's been coming to my school. The kids are different. I'm different. And it sucks big-time.

A brand new, exclusive chapter from the award-winning and critically acclaimed novel Wonder. Now readers will have a chance to hear from the book's most controversial character – Julian.

From the very first day Auggie and Julian, it was clear they were never going to be friends. And while Wonder told Auggie's story through six different viewpoints, Julian's perspective was never shared. Readers could only guess what he was thinking. Until now... The Julian Chapter will reveal the bully's side of the story. Why is Julian so unkind to Auggie? And does he have a chance for redemption?