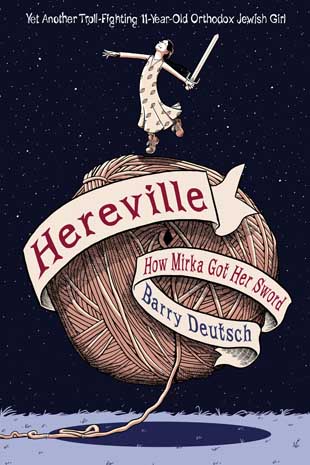 How Mirka Got Her Sword

The first ever wisecracking, troll-fighting, Orthodox Jewish heroine! Mirka, a spunky, strong-willed, eleven-year-old girl, is very clear on one thing: she doesn't want to sit home knitting, she wants to go out and fight dragons! Granted, no dragons have been breathing fire around the Orthodox Jewish community she lives in, but that doesn't stop the plucky girl from honing her fighting skills (against local bullies), accepting a witch's challenge (to gain a sword), and besting a troll (when knitting does come in handy). This charming, quirky, skillfully rendered graphic novel is Buffy the Vampire Slayer for middle-grade readers.