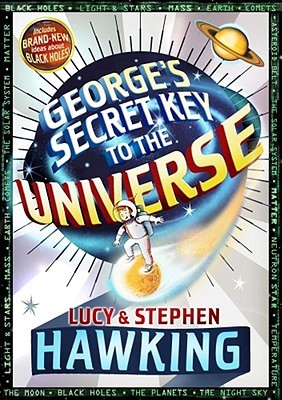 George's Secret Key to the Universe


George's parents, who have always been wary of technology, warn him about their new neighbors: Eric is a scientist and his daughter, Annie, seems to be following in his footsteps. But when George befriends them and Cosmos, their super-computer, he finds himself on a wildly fun adventure, while learning about physics, time, and the universe.

With Cosmos's help, George can travel to annywhere in the known Universe. But what would happen if the wrong people got their hands on Cosmos? George, Annie, and Eric aren't about to let that happen, but what ensues is a funny adventure that clearly explains the mysteries of science.

Garry Parsons' energetic illustrations add humour and interest, while his scientific drawings clarify what might otherwise be difficult scientific concepts.