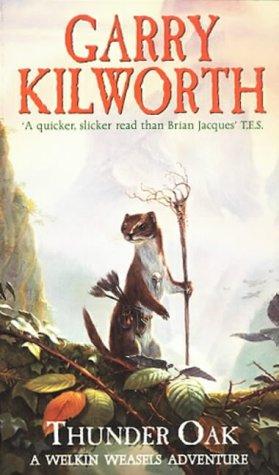 Welkin Weasels is a series divided into two trilogies. The first three books follow the adventures of Sylver the weasel and his small band of outlaws, both jacks and jills. Long ago, before they were born, all the humans left Welkin and the weasels now live a miserable life, under the heavy paw of vicious stoat rulers. Syler and his intrepid company of weasels, set off on a quest to find the humans who abandoned the land many years ago and bring them back to Welkin. Their journey take them through a myriad adventures. A highly inventive and funny animal fantasy set in a land where humans have vanished, leaving the realm in the paws of the animals...

The second trilogy starts with Gaslight Geezers, and these three books can be read independently of the first three. Set in Victorian times, a famous weasel detective, named Montagu Silver, investigates mysteries from his home in Breadoven Street.

Note: Readers who enjoy this series are likely to enjoy the Redwall series.