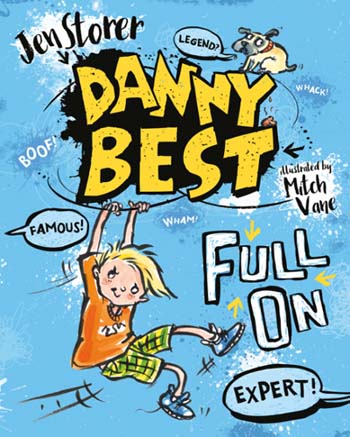 Danny Best doesn't just think he's The Best. He knows it! With his friends Fab, Clancy, Sticks, Dylan and Mae, plus trusty dog Pugsley, Danny turns every single day into one crazy adventure.

And if you don't believe me, check out these comments:

'Danny Best tells lies,' Olivia aged 7.
'I would like to wrestle Danny Best,' Joe aged 8.
'I once saw Danny Best. But then I didn't,' Zac aged 8.
'Danny Best lives near my cousin,' Rory aged 9.
'Danny Best should sit up straight and stop fooling around,' Mrs Gidley, teacher.
'Danny Best is a legend!' Anonymous aged 8 and three-quarters.

A hilarious series about a LEGEND named Danny Best. Best by name, Best by reputation...

Written by the author of the popular Truly Tan series and jam-packed with hilarious illustrations by Mitch Vane, this series will suit fans of Diary of a Wimpy Kid, Tom Gates, Big Nate and Weirdo.