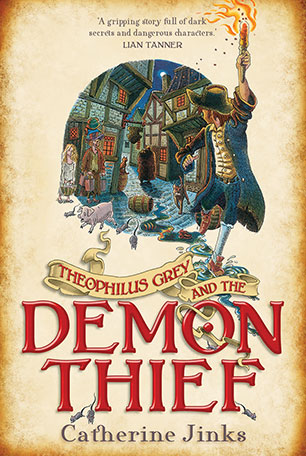 Book one of a two-part intriguing mystery series set in the perilous back alleys of Georgian London.

Twelve-year-old Theophilus Grey - Philo to his friends - heads a team of linkboys who guide Londoners home through the dank eighteenth-century alleys by the light of their torches. In the process, the boys pick up useful information for their master, Garnet Hooke, who runs a spy network from his sickbed.

This gripping tale of spies, spells and secrets plunges the reader into a dark and perilous world where superstition clashes with the Age of Enlightenment.