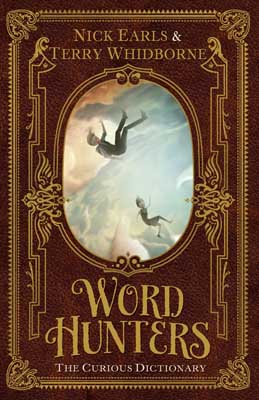 Words come and go from languages, but how do we know which words? And what if we lost some of the words we use the most? What if they just disappeared, and it was as if they'd never existed?

That's where word hunters come in. Every so often a word is at risk, and it's up to word hunters to track down every step of its past to keep it alive in the present. From the Battle of Hastings, to ancient cities they’ve never heard of, to encounters with great inventors, word hunters might find themselves anywhere any time dealing with anything.

For 1500 years, led by an ancient dictionary created by the mysterious Caractacus, they’ve protected English from falling apart, one word hunter at a time. But now there are two – Lexi and Al Hunter, twelve-year-old twins from Fig Tree Pocket. They find the book in their school library during renovations, or perhaps it finds them. From that moment, their life can't be the same again. Suddenly it's 1877, then 1835, then 1100, then 925 as they chase down the possible history of the word 'hello' so that we can all keep saying it now.

But that's only one word and the dictionary, as we all know, is full of them. And the past isn't always a friendly place to drop in...