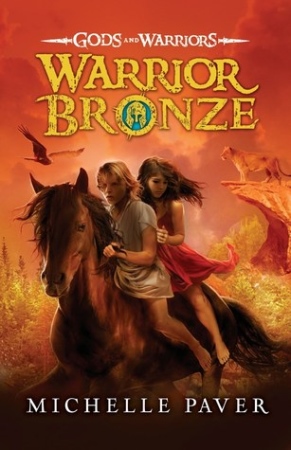 In this gripping conclusion to the Gods and Warriors adventure series, Hylas, Pirra, and their animal friends must defeat the Crow warrior clan in an epic final battle.

Hylas has returned to Messina, his homeland, and the fate of the world rests on his shoulders: He must find the dagger of Koronos and keep the Crows from wielding it in battle, or they will rule the land forever. But he must also locate Issi, his lost sister, to keep her safe from the impending war. Torn between his duty and his family, Hylas and Pirra split up to conquer their tasks. But fate has many surprises for them, and neither challenge is as straightforward as it seems. Aided by Havoc the lioness, Echo the falcon, and many old friends, Hylas and Pirra must defeat the Crows once and for all – or lose everything trying.