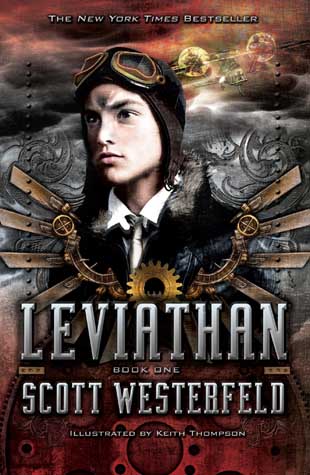 It is 1914 and Europe is on the verge of war. Prince Aleksander, would-be heir to the Austro-Hungarian throne, is on the run. His own people have turned on him. His title is worthless. All he has is a battletorn war machine and a loyal crew of men. Deryn Sharp is a commoner, disguised as a boy in the British Air Service. She's a brilliant airman. But her secret is in constant danger of being discovered. With World War I brewing, Alek and Deryn's paths cross in the most unexpected way, taking them on a fantastical, around-the-world adventure that will change both their lives forever.