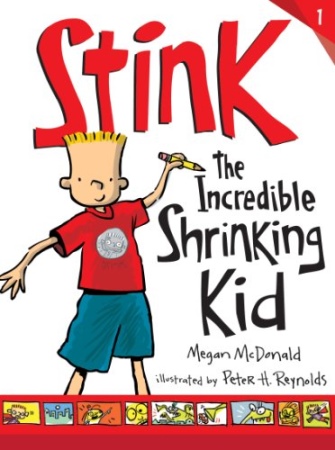 Every morning, Judy Moody measures Stink and it's always the same: three feet, eight inches tall. Stink feels like even the class newt is growing faster than he is. Then, one day, the ruler reads – can it be? – three feet, seven and three quarters inches! Is Stink shrinking? He tries everything to look like he's growing, but wearing up-and-down stripes and spiking his hair aren't fooling anyone into thinking he's taller. If only he could ask James Madison – Stink's hero, and the shortest person ever to serve as President of the United States.