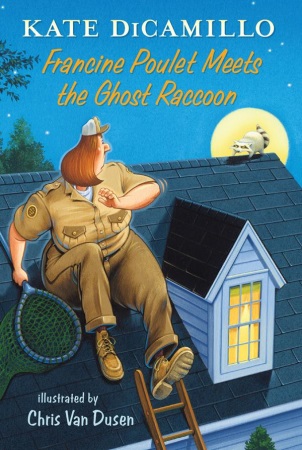 Deckawoo Drive's intrepid Animal Control Officer meets her match – or does she? A funny, heartfelt, and fast-paced romp from the United States' National Ambassador for Young People's Literature.

But the raccoon is still on the loose, and the folks on Deckawoo Drive need Francine back. Can she face her fears, round up the raccoon, and return to the ranks of Animal Control? Join a cast of familiar characters – Frank, Stella, Mrs. Watson, and Mercy the porcine wonder – for some riotous raccoon wrangling on Deckawoo Drive.