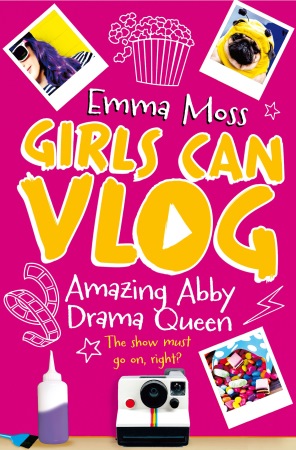 Ever since Abby and her friends set up the Girls Can Vlog YouTube channel, Abby has been busier than ever. Not only is she vlogging at least once a week, but she also has a role in the school musical production of Grease. While Abby's always found keeping up with her schoolwork tough, now it's virtually impossible, and to make things even worse, she's developing a major crush... on two different boys!

If Abby's parents find out about her slipping grades, will it mean the end for her acting and vlogging dreams?

An inspirational story about the power of vlogging – complete with tips for starting up your own YouTube channel!