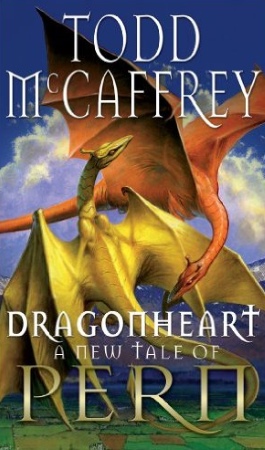 When Fiona, the only surviving member of Lord Holder Bemin's family, Impresses a queen dragon, she doesn't begin to realise the perils and privileges that come with her new role.As she grows into a young woman and her dragon reaches her full growth, Fiona faces not only the possibility of losing her dragon to the sickness that has claimed so many others but also the challenges of becoming a Weyrwoman in her own right. What, she must ask herself, is she willing to give up in order to become a queen rider? And, although the marvellous queen dragon has chosen her, is she really suited to the life of a queen rider?

As the injured dragons at Fort Weyr begin to outnumber those fit to fly against Thread, Weyrleader K'lior comes up with a desperate plan – to send the least injured and the older weyrlings back in time, so that they can grow strong enough to fight Thread in the past and then return to help the Weyr. But will only twelve older weyrlings and thirty lightly injured riders be enough to save Fort Weyr? Forced to stay behind because her dragon is still too young, Fiona must confront a life-and-death choice.