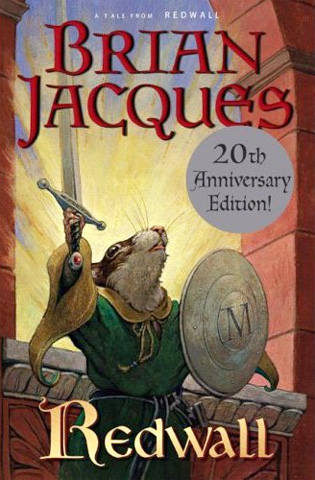 As the inhabitants of Redwall Abbey bask in the glorious Summer of the Late Rose, all is quiet and peaceful. But things are not as they seem.

Cluny the Scourge, the evil one-eyed rat warlord, is hell-bent on destroying the tranquility as he prepares to fight a bloody battle for the ownership of Redwall.

What can the peace-loving mice do to defend themselves against Cluny and his army of rats? If only they had the lost sword of Martin the Warrior, they might have a chance.

But the legendary weapon has long been forgotten - except, that is, by the bumbling young mouse apprentice Matthias (formerly Redwall's most awkward novice) who, in the course of his quest, forges strong ties with various local animals and becomes the unlikeliest of heroes.