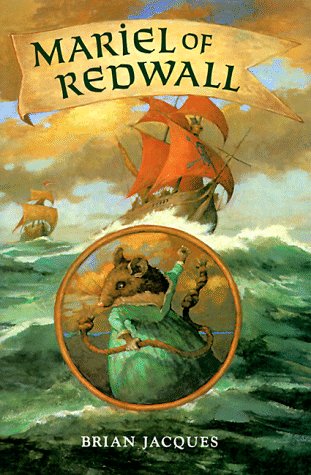 In this volume of the Redwall saga, a mouse-ship is attacked by the pirate rat Gabool and his heinous band of cut-throats. Hapless voyagers Mariel and her father Joseph the Bellmaker, are mercilessly thrown into the sea by the pirates.

Mariel washes ashore, starved and near death, and is taken in by the hospitable inhabitants of Redwall Abbey. Sure that her poor father is dead, Mariel swears an oath of vengeance against the filthy pirates who killed her father.

With he help of a motley band of animals, Mariel leads the charge to recover a bell and avenge her father.