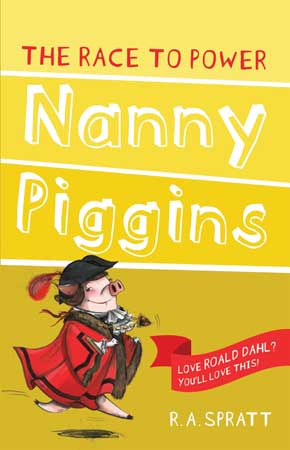 Nanny Piggins and the Race to Power

A vote for Piggins is a vote for cake!In this riveting eighth instalment of Nanny Piggins’ adventures, she sets out to thwart Mr Green’s political ambitions by running for mayor herself. Her mission – to proudly fight for Liberty, Equality and Cake! Is democracy safe? Probably not. Will Nanny Piggins give everyone in the electorate diabetes from too much cake? Most likely.

And along the way tremendous adventure abounds. Taking part in a diabolical fun run, being trapped in a sabotaged lift, faking seismic activity, safeguarding the local vacant lot and beating the world pole vault record is just the beginning.