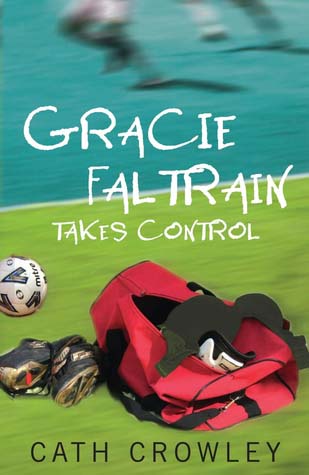 Gracie Faltrain is back and she couldn’t be happier. Her team won the Championships; she scored a few goals and a boyfriend. Just as she’s settling down to a new season of soccer, the stakes are raised. Coach as entered the team in the Firsts – a boys’ only league. To prove herself, Gracie has to fight harder than ever before. The other teams will do anything to keep her out of the game and, if she makes it, they’ll do anything to see her lose.

But Gracie is sick of losing. She’s sick of seeing friends like Martin and Alyce, unhappy. Gracie Faltrain has decided it’s time to take control and even the score for everyone, on and off the field.