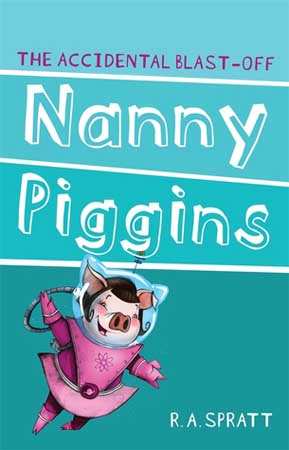 Nanny Piggins and the Accidental Blast-Off

Derrick, Samantha and Michael should be in school. Instead they find themselves in NASA's space shuttle, which Nanny Piggins manages to accidentally launch, blasting them all into outer space. This time she has gone too far.

In this thrilling fourth installment of her adventures, Nanny Piggins wrestles with a crocodile, bungy jumps of the roof using the elastic from Mr Green's underpants, staples chicken wire over their chimney to keep out Santa, captures an apricot-danish loving jewel thief and rescues her brother, Boris, from an onslaught of professional wrestlers.