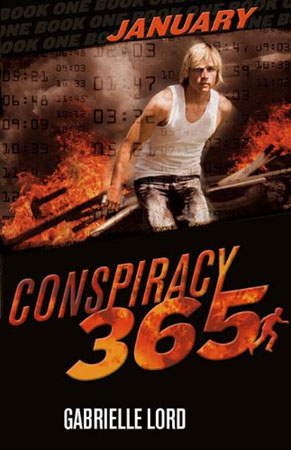 This thrilling and action-packed series follows the adventures of Callum Ormond, a 15 year old who is forced to become a fugitive as he searches for the truth behind the death of his father. The books in the series align with the twelve months of year, and Callum must unravel the mystery within 365 days.

This gripping series has been well-received by both avid and reluctant readers, alike. The plot is quickly introduced, then the unrelenting pace of events keeps the pages turning in one continuous storyline over the entire series. Well-written and exciting throughout, with a cliff-hanger at the end of each novel.

"Wow, what a series! I've really been hooked on this series ever since the January issue was released: an exciting fiction tale of a boy on the run from the cops for a crime he didn't commit. This one had to be the most exciting and the most...well, awesome. Frankly, this has been one of the most fantastic book series I've ever read. Gabrielle Lord really put together a great collection of books in this exciting tale. I would recommend this for most ages, but not an age who can't handle things like people getting shot or something. Great book and great series." 11-year-old reviewer [Source]