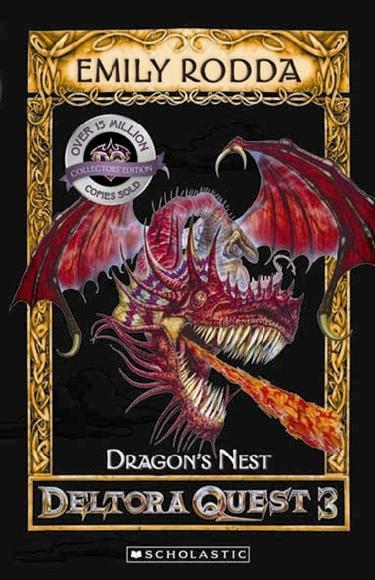 The Deltora Quest is a collective title for three series of children's fantasy books with a continuing, classical quest storyline, comprised of: the Deltora Quest, Deltora Shadowlands, and Dragons of Deltora, also titled Deltora Quest 1, 2, and 3, respectively. Ideally, the three series should be read in order. The Deltora Quest uses riddles, a fast-paced narrative, and an epic setting to engage its readers. In most countries, the series is illustrated by Marc McBride.

In Dragons of Deltora, Lief, Barda, and Jasmine must once again save Deltora, this time from the Four Sisters, evil creations of the Shadow Lord. The four Sisters sing songs of death, poisoning the earth and causing crops to wither, resulting in famine across Deltora. With only part of a torn map, left by Doran the Dragonlover, the companions set out to find the Sisters and destroy them, however, each Sister must be destroyed with the aid of a dragon.