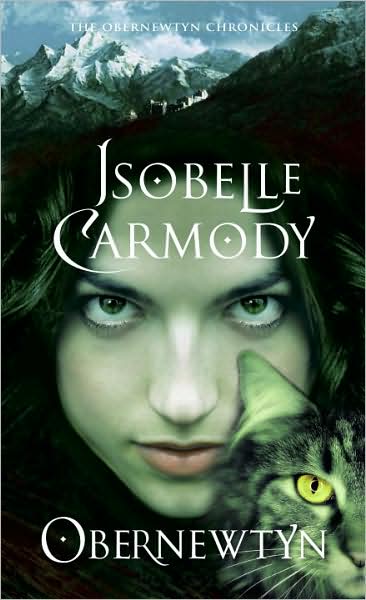 The Obernewtyn Chronicles is a science fiction and fantasy series set in a post apocalyptic world, long after a global nuclear holocaust, called the 'Great White', has scourged the land. There are no machines, cars, computers, or planes, and in their place are horses and carts. Modern technology and information have been lost. The 'Great White' didn't only bring a reign of primitive technology: it brought mutants, those with extrasensory powers. A new government - the Council - orders these mutants, called Misfits, to be burned, and has appointed a religious authority, the Herder Faction, to hunt them down. This is the world that orphaned mutant teen Elspeth Gordie lives in. The novels deal with themes of responsibility, duty, prejudice, discrimination, tolerance, and human and animal rights.