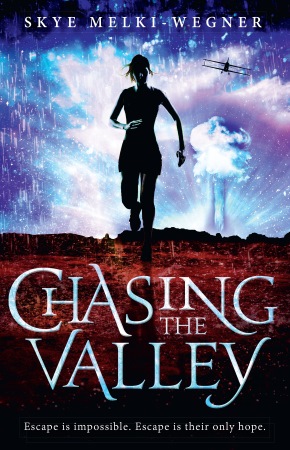 The Chasing the Valley Series

Set in a land where magic can be terrifying, Chasing the Valley combines the friendship and camaraderie of Ranger's Apprentice with the hardship and survival of The Hunger Games – with spectacular results.

Danika is used to struggling for survival. But when the tyrannous king launches an attack to punish her city – echoing the alchemy bombs that killed Danika's family – she risks her life in a daring escape over the city's walls.

Danika joins a crew of desperate refugees who seek the Magnetic Valley, a legendary safe haven. But when she accidentally destroys a palace biplane, Danika Glynn becomes the most wanted fugitive in Taladia.

Pursued by the king's vicious hunters and betrayed by false allies, Danika also grapples with her burgeoning magical abilities. And when she meets the mysterious Lukas, she must balance her feelings against her crew's safety.