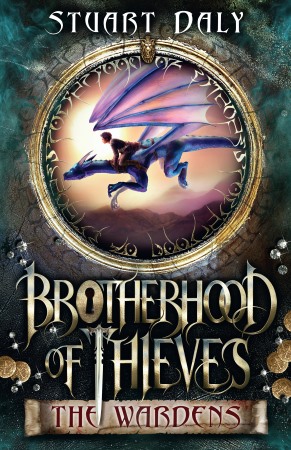 The Brotherhood of Thieves Series

A brotherhood of treasure hunters. A terrifying enemy. Five young recruits. The race is on.

Caspan hates life as a thief on the streets, so he leaps at the chance to join a secret order sanctioned by the King.

The Brotherhood seeks the lost magical weapons of an ancient race that will help them fight the Roon, the invading army who creep ever closer. Defeat seems inevitable. Unless Caspan and his fellow recruits – Roland, Lachlan, Sara and Kilt – can set aside their differences and use their new skills to help turn the tide.

With swords strapped to their belts, riding magical beasts called Wardens, they leave the sanctuary of their training ground for their first mission. Will it be their last?