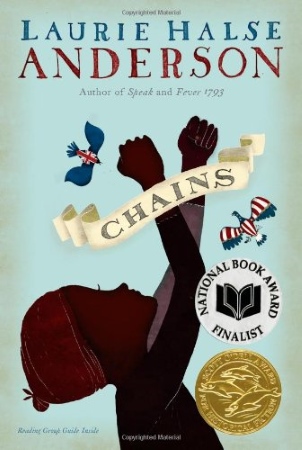 The Seeds of America Series

Set in 1776, against the backdrop of the American struggle for independence, this powerful series is also an incredible adventure about one girl’s struggle for freedom in a society in which she is considered someone else's property.

Isabel and her sister, Ruth, are slaves. Sold from one owner to the next, they arrive in New York as the Americans are fighting for their independence, and the English are struggling to maintain control. Soon Isabel is struggling too. Struggling to keep herself and her sister safe in a world in which they have no control.