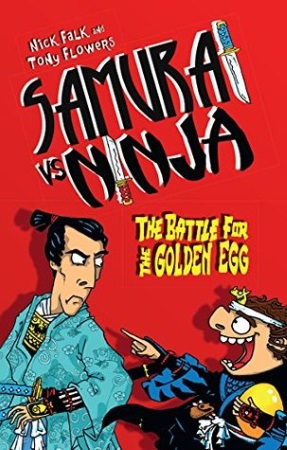 The Samurai vs Ninja Series

Get ready for the greatest battle of all time!

In the Edo Period of Japan, two teams fight for supremacy - the serious samurai and the scheming ninjas. To determine who is the best, a deadly contest is held. The prize is the Golden Egg, the most magnificent treasure in all of Japan. But when the ninjas cheat, the samurai will stop at nothing to get revenge.

Fans of Andy Griffiths will love this action-packed illustrated series!