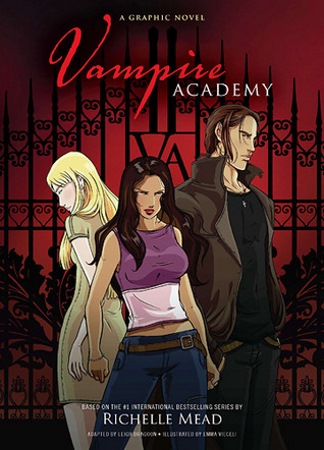 After two years on the run, best friends Rose and Lissa are caught and returned to St. Vladimir’s Academy, a private high school for vampires and half-bloods. It’s filled with intrigue, danger – and even romance. Enter their dark, fascinating world through a new series of 144-page full-colour graphic novels, adapted by Leigh Dragoon and overseen by Richelle Mead, while the beautiful art of acclaimed British illustrator Emma Vieceli brings the stories to life.

According to Goodreads, Richelle Mead announced in 2015 that the graphic novel series had been cancelled due to diminished sales.