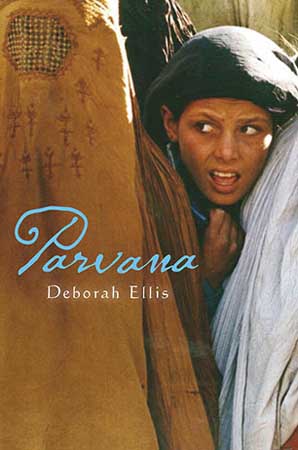 Based on the true-life stories of women in Afghan refugee camps, the Parvana series is the inspiring story of Parvana, a young girl growing up in Afghanistan, as she struggles to make a life for herself and her family under the harsh rule of the Taliban.

Imagine living in a country where women and girls are not allowed to leave the house without a man. Imagine having to wear clothes that cover every part of your body, including your face, whenever you go out. This is the life of Parvana, a young girl growing up in Afghanistan under the control of an extreme religious military group.

When soldiers burst into her home and drag her father off to prison, Parvana is forced to take responsibility for her whole family, dressing as a boy to make a living in the marketplace of Kabul, risking her life in the dangerous and volatile city.

By turns exciting and touching, Parvana's story is one of courage in the face of overwhelming fear and repression.

Note: This series is also known as the Breadwinner.