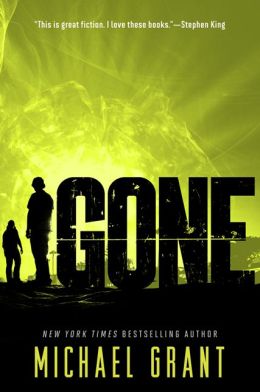 In the blink of an eye, everyone disappears. GONE. Except for the young: teens, middle schoolers, toddlers remain, but not one single adult. No teachers, cops, doctors or parents. Just as suddenly, there are no phones, no internet and no television. No way to get help and no way to figure out what's happened. Hunger threatens. Bullies rule. A sinister creature lurks. Animals are mutating. And the teens themselves are changing, developing new talents - unimaginable, dangerous, deadly powers - that grow stronger by the day. It's a terrifying new world. Sides are being chosen, a fight is shaping up. Townies against rich kids. Bullies against the weak. Powerful against powerless. And time is running out because on your fifteenth birthday, you disappear just like everyone else...