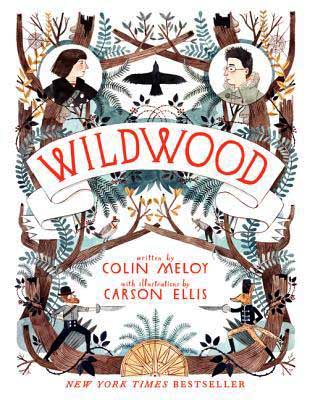 Prue McKeel's life is ordinary. At least until her brother is abducted by a murder of crows and taken to the Impassable Wilderness, a dense, tangled forest on the edge of Portland. No one's ever gone in – or at least returned to tell of it.

So begins an adventure that will take Prue and her friend Curtis deep into the Impassable Wilderness. There they uncover a secret world in the midst of violent upheaval – a world full of warring creatures, peaceable mystics, and powerful figures with the darkest intentions. And what begins as a rescue mission becomes something much greater, as the two friends find themselves entwined in a struggle for the very freedom of this wilderness. A wilderness the locals call Wildwood.

This epic middle-grade fantasy series full of magic, wonder, and danger has been likened to an American Narnia. Boys and girls with wild imaginations will be enthralled by Colin Meloy's mystical prose and Carson Ellis' enchanting illustrations.