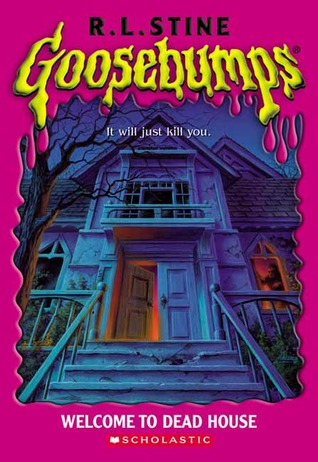 Goosebumps is a series of children's horror fiction - thrillers that are also funny!  Each book is a story featuring a different child character and varies in setting, with the charcters finding themselves in scary (but never too serious) situations.

Written strictly as fun, page-turning reads, this series has two common themes: children triumphing over evil, and children using their own wit and imagination to escape horrid or frightening situations. Strange and supernatural encounters often conclude in endings with a twist!

It's just as well this series has a large number of books, as it has proven immensely popular!

Note: The books in this Goosebumps series are listed here in their original publication order. The  books have since been republished several times and the order changed in some instances.

Recognition: 2000: The Goosebumps series was ranked as the second most popular set of children's books by the National Education Association, as chosen by children.