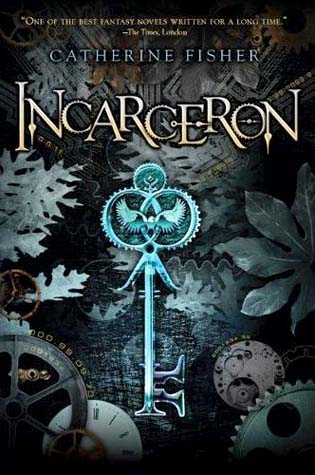 Imagine a living prison so vast that it contains corridors and forests, cities and seas.

Imagine a prisoner with no memory, who is sure he came from Outside, even though the prison has been sealed for centuries and only one man, half real, half legend, has ever escaped.

Imagine a girl in a manor house in a society where time has been forbidden, where everyone is held in a seventeenth century world run by computers, doomed to an arranged marriage that appals her, tangled in an assassination plot she both dreads and desires.

One inside, one outside...but both imprisoned. Imagine the unimaginable. Imagine Incarceron.

"Even as the steadily ratcheting certainty of impending catastrophe keeps the pages turning, the sheer richness of the evocative descriptions demands that every sentence be savored. ... For those who can appreciate the interplaying reflections of lies, myths and memory, a modern masterpiece." [Kirkus Reviews, starred review]