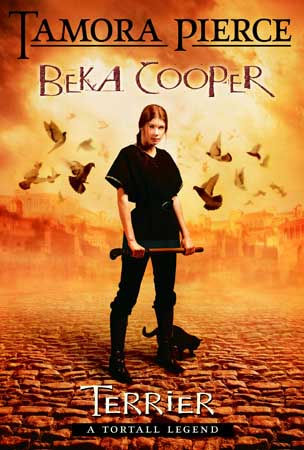 This series is a prequel to Tamora Pierce's first quartet, The Song of the Lioness, and is set in the kingdom of Tortall two hundred years earlier. It details the adventures of Beka Cooper, a sixteen-year-old recruit of the Lord Provost, originally from a lower city family and now in service to the Provost's Guard. Beka is a rookie with the law-enforcing Provost's Guard, and she's been assigned to the Lower City. It's a tough beat that's about to get tougher, as Beka's limited ability to communicate with the dead clues her in to an underworld conspiracy. Someone close to Beka is using dark magic to profit from the Lower City's criminal enterprises - and the result is a crime wave the likes of which the Provost's Guard has never seen before.