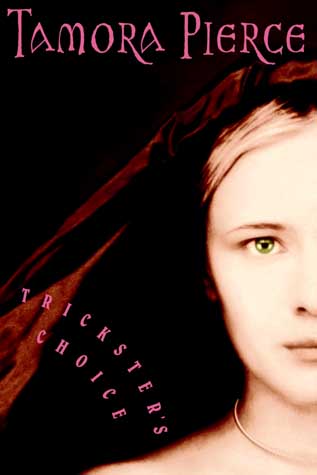 The Daughter of the Lioness (Tricksters) Series

Twenty-four years after events of the 'Lioness Rampant' take place, we meet the teenage daughter of Tortall's first lady knight, Alanna. Young Alianne follows in the somewhat quieter footsteps of her father, however, delighting in the art of spying. When she is captured and sold as a slave to an exiled royal family in the faraway Copper Islands, it is this skill that makes a difference in a world filled with political intrigue, murderous conspiracy, and warring gods.

Note: This series is also known as the Tricksters duet.

Daughter of the Lioness (Tricksters) Series Books in Order