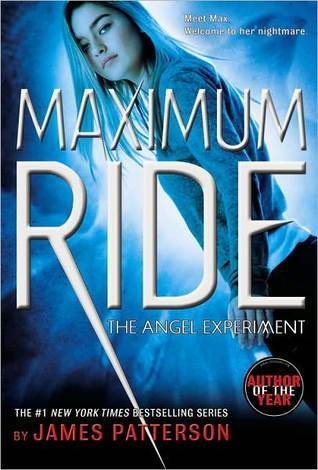 Many kids daydream about having wings and being able to soar across the sky. Be careful what you wish for. For the narrator, 14-year-old Max, it’s no dream.

Maximum Ride is Max’s full name, and she lives with her close-knit 'family': They may not be related to her by blood, but the six of them – Fang, 14; Iggy, 14 and blind; Nudge, 11; the Gasman, 8; and his little sister, Angel, 6 – have spent the past four years hiding out at a house high in the mountains. The six children were bred by scientists who, as an experiment, grafted avian DNA onto their human genes, and kept them in cages in a science lab/prison called the School. They’re 98% human, and 2% avian. They’ve all got wings. And they can fly.

The scientists have developed another mutant group, part human, part wolf, called Erasers. They look human, but can morph at will into fanged and bloodthirsty wolf men. When Max's nightly nightmare of being discovered by Erasers comes true one morning, Angel is kidnapped and taken back to the School. Max and her flock set out on a rescue mission, which, if there are no interruptions, will span 600 miles and 7 hours of flying time. But, unfortunately, there are many interruptions...