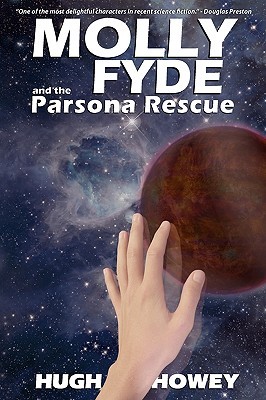 Growing up an orphan in the Milky Way hasn't been easy, especially as a teenage girl in the Naval Academy. And, unfortunately, for Molly Fyde, things are about to get worse.

Just as she's finding her place amongst the boys, her unfair expulsion from the Academy takes away the only two things that truly matter: flying in space and her training partner, Cole. She is sent off to a normal school, and feels destined for a dull, unspectacular future.

Then, a marvelous discovery changes everything: Her father's old starship, missing for a decade, turns up halfway across the galaxy. Its retrieval launches Molly and Cole on the adventure of a lifetime, one that will have lasting consequences for themselves and billions of others. What starts off as a simple quest to reconnect with her past, ends up forging a new future. And the forgotten family she hoped to uncover is replaced by a new one she never foresaw: a band of alien misfits and runaways. . .

This indie sensation is a fast-paced introduction to science-fiction for young adults. The dynamic and capable protagonist, Molly, busts stereotypes and challenges gender-roles to become a hero for readers, both male and female alike.