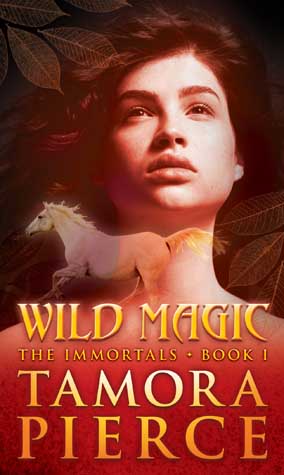 All the orphaned Daine wants when she comes to Tortall is a job. What she finds is magic, an ongoing war with creatures from legends and nightmares, a new home and eventually, her unknown father. Hired by the Queen's Riders to help with their horses, Daine learns her knack with animals is a rare magic which helps her to communicate with the animal kingdom. With that discovery she becomes the student and friend of the great mage Numair. The changes in Daine's life introduce her to new friends, both human and animal. She also encounters a range of mythical creatures, some of whom she must defeat in order to protect the great mage Numair. Daine is kept on the move as she grows into adulthood and her power, coming to terms with her world and her strange, mixed parentage.