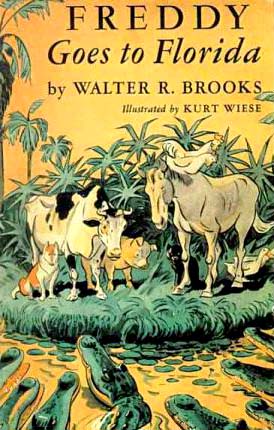 The Freddy the Pig Series

'The American version of the great English classics, such as the Pooh books or The Wind in the Willows.' (The New York Times Book Review)

Freddy the Pig can seem the most unheroic of heroes: he oversleeps, daydreams, eats too much and, when not suffering from writer's block, writes flowery poetry for all occasions. His tail uncurls when he gets scared. Although lazy, he accomplishes a lot, because "when a lazy person once really gets started doing things, it's easier to keep on than it is to stop."

But Freddy the Pig is a pig for all seasons - a detective, a pilot, a magician, an explorer, a poet, a politician - you name it! Along with his farm friends - including Jinx the cat and Charles the rooster - on Bean Farm in Upstate New York, Freddy's adventures show ingenuity and endeavour; a good time and a good laugh.

This classic series features the brilliant Freddy and illustrates the cardinal virtues: "fair play and a good sense of humor."

'Freddy is simply one of the greatest characters in children's literature!' (School Library Journal)