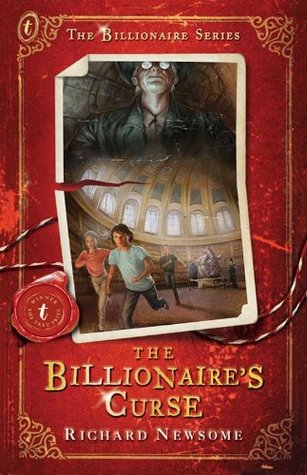 "Hello, Gerald. I hope this isn't too weird for you - a letter from beyond the grave! By now you are my heir and worth a good deal of money. I hope you don't mind . . . I expect you've figured out that I was murdered. I would like you to find out who did it."

Gerald Wilkins never considered himself a particularly exceptional thirteen-year-old. But that was before he inherited twenty billion pounds, a Caribbean island, a yacht, and three estates from a great-aunt he never knew. With this fortune, however, comes a letter. One from his great-aunt Geraldine. One that tells Gerald that she was murdered, and that it's up to him to find out why.

Now he’s got a mystery to solve. With the help of his new friends, Sam and Ruby Valentine, Gerald follows the clues into secret passageways, a musty jumbled bookshop, an ancient crypt and a colossal cavern where the secret of a priceless treasure lies protected by deadly booby traps.

This series of irresistible adventure stories features an array of curious characters, ancient folklore and Lots of Indiana Jones-style action. Young and not-so-young adults, get ready to stay up late...

Note: In some countries, this series is called the Archer Legacy.