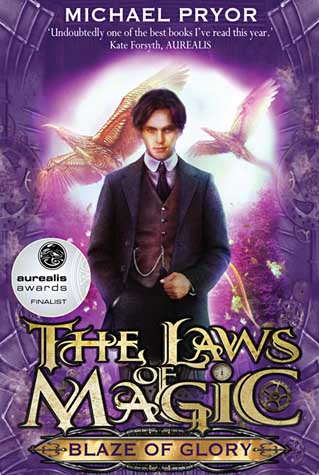 The Laws of Magic Series

Aubrey Fitzwilliam is the son of a prominent ex-prime minister, but that's not the worst problem he has to deal with: due to a science experiment gone wrong, he hovers on the edge of life and death. A magical genius, he uses a combination of his magical skills, together with physical and mental abilities, to prevent death from claiming him.

A solution to this vexing problem isn't the only mystery Aubrey tries to solve; he's forever looking for trouble - and finds it in spades! He and his loyal friend, George, become embroiled in sinister plots, schemes within schemes, magical upheavals, and a world on the brink of war...all the time trying to find a way to reunite Aubrey's body and soul.