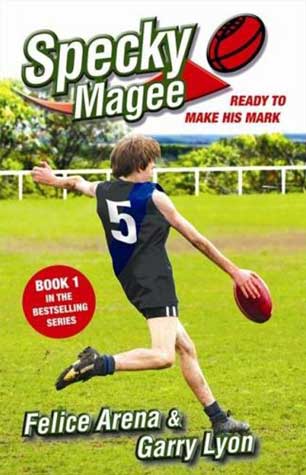 Simon 'Specky' Magee is twelve years old and mad about Australian Rules football. He's such a talented player he got his nickname 'Specky' for taking spec-tacular marks. Join rising star, Specky Magee, as he follows his dream to play in the AFL.

Author Felice Arena teams up with footy legend Garry Lyon to create a series full of action and excitement both on and off the field. The perfect books for anyone who loves Aussie Rules Football!

Recognition: Books in this series have been short-listed for numerous Australian Children Choice awards and have won the Young Australian Best Book Award three times.