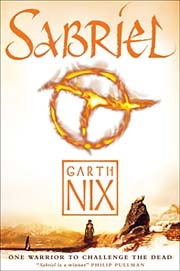 Only the Abhorsen can keep the living safe from the dead...

In this compelling high fantasy series, a young heroine, Sabriel, must first do battle in the realm of Death itself to defeat a powerful enemy. Every step she takes brings her closer to a battle that will pit her against the true forces of life and death – and bring her face-to-face with her own destiny. Later it is Lirael, with only her faithful companion, the Disreputable Dog, who must undertake a desperate mission under the growing shadow of an ancient evil, which threatens the fate of the Old Kingdom. Lirael must search in both Life and Death for some means to defeat the evil Destroyer and find the missing Abhorsen Sabriel and the King Touchstone - before it is too late.