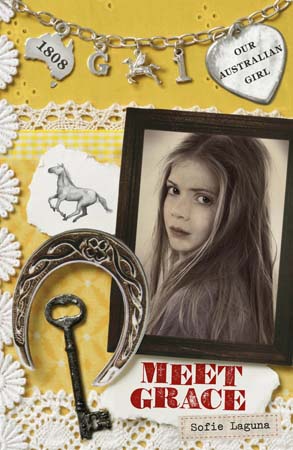 The Our Australian Girl Series

Our Australian Girl is a series set in different periods of Australian history. Each period features a courageous girl, whose adventures are told over four books.

Some of the engaging characters portrayed in the series: Grace, an orphaned 'mudlark' in London's Thames, who is transported to Australia in 1808 after stealing apples to feed a cabbie's horse; Letty, an accidental emigrant, travelling with her more adventurous sister in 1841; Poppy, the daughter of a Chinese father and an Aboriginal mother, who escapes a mission in the goldrush of 1864; and Rose, who in 1900, dreams of an "unladylike" life with fewer restrictions for girls and women.

Note: While the series as a whole does not need to be in order, each sub-series of four books should be read sequentially.