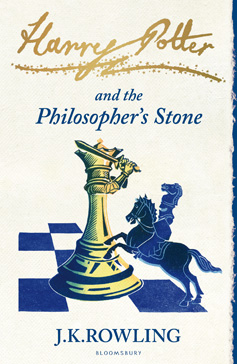 Harry Potter thinks he is an ordinary boy. He lives with his Uncle Vernon, Aunt Petunia and his cousin Dudley, who make him sleep in a cupboard under the stairs. Then Harry starts receiving mysterious letters and his life is changed forever. He is whisked away by a giant and enrolled in Hogwarts School of Witchcraft and Wizardry. The reason: Harry Potter is a wizard!

At Hogwarts, Harry receives training in magic, masters riding a broomstick, and discovers his incredible talent for the wizard sport of Quidditch. And for the first time in his life, Harry has friends who care about him: his fellow students Hermione and Ron and a giant named Hagrid. But all is not rosy when Harry discovers his true destiny and finds he must face the evil one who killed his parents. His survival will depend upon the help of his newfound friends, as well as his own wit and powers.