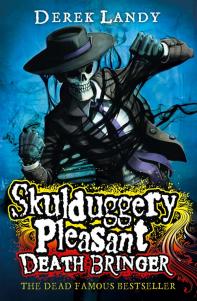 The sixth instalment in the historic, hysterical and horrific Skulduggery Pleasant series is 'Death Bringer.' Think you've seen anything yet? You haven't. Because the Death Bringer is about to rise!