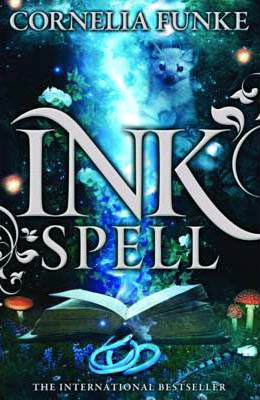 Although a year has passed, not a day goes by without Meggie thinking of the extraordinary events of Inkheart, and the story whose characters strode out of the pages, and changed her life for ever.

But for Dustfinger, the fire-eater, torn from his world of words, the need to return has become desperate. When he finds a crooked storyteller with the magical ability to read him back, Dustfinger leaves behind his young apprentice Farid and plunges into the medieval world of his past, setting in motion a dangerous reversal that sees the characters of Inkheart transported to a charmed Inkworld, about to be fought over by rival rebels and princes.

Distraught, Farid goes in search of Meggie, and before long, both are caught inside the book, too. But the story is threatening to evolve in ways neither of them could ever have imagined.