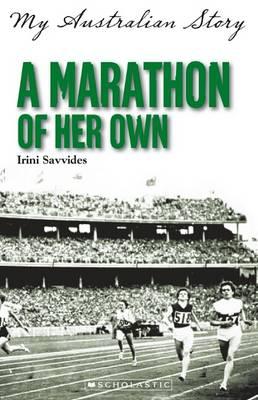 A Marathon of Her Own

A Marathon of Her Own: The Diary of Sophia Krikonis, Melbourne, 1956

Times are tough in Crete, and Sophia's father has decided to make a fresh start in Melbourne. Sophia struggles to learn English and get used to the strange new customs, but no matter how hard she tries, nobody at school wants to make friends with a foreigner. Then her talent for running starts to make a difference. With Olympic fever gripping Melbourne, Sophia's courage and determination is rewarded in unexpected ways.