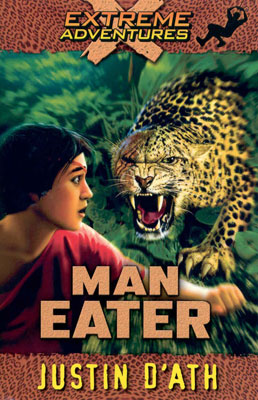 "The leopard crouching in the bushes looked like something out of a nightmare. One ear was gone and so was one eye, and there was no fur on half its head. The mean glint in its remaining eye told me that it was the man-eater that had killed half the village..."

The next exciting Sam Fox adventure is set in Africa! When the tour bus takes off without him, Sam uses his wits to escape an angry mother elephant, a king cobra, a hyena, baboons and a hungry crocodile. But can he survive an encounter with a ferocious, man-eating leopard?