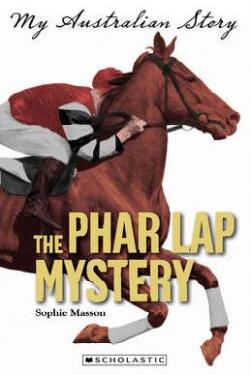 Phar Lap is not only a winner, he is a real star. Millions of Australians love him. But that's not enough for Mr Davis. He wants to make Big Red into a world star. Sally's dad is a private detective, and he's just been offered the case of a lifetime - investigating who tried to shoot Phar Lap before the 1930 Melbourne Cup. Helping her dad investigate, Sally begins to feel a sense of mounting dread as Phar Lap goes from victory to victory - and collects not only millions of friends, but also some dangerous enemies...